Article by Shaun McGee (aka arclight2011)

In a recent Japanese television publication (Our Planet TV), a presentation of the effects in Chernobyl was made in Japanese and Belorussian with an English Power Point presentation. The presentation was from Victor Kondradovich from the Minsk Municipal Onocological Centre in Belarus.

The findings of this presentation shows the manipulation of the nuclear industry when it comes to reporting health issues after nuclear accidents. As many nuclear reactor and processing countries are trying to ease the allowable amounts of radioactivity we are allowed whilst playing down reported health effects.

In Japan we see the nuclear industry fight back concerning claims of thyroid cancers using all the tools in their armories. Meanwhile, dedicated health professionals, activist groups and even a Nobel prize winner Professor Masukawa  has challenged the Japanese Governments version of events and consequences.

A picture speaks a thousand words…… 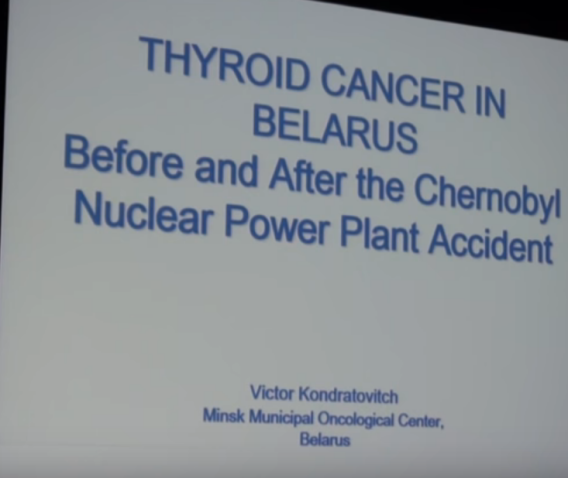 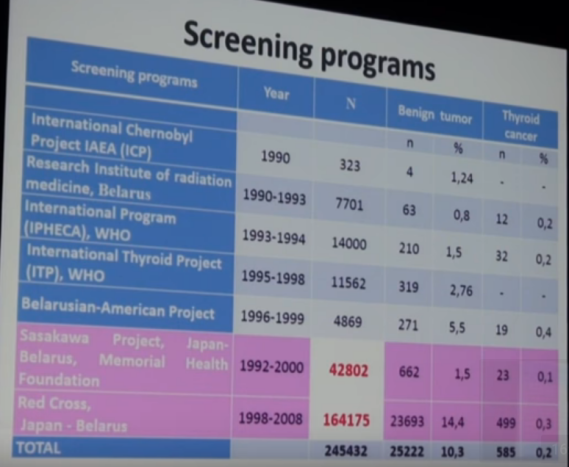 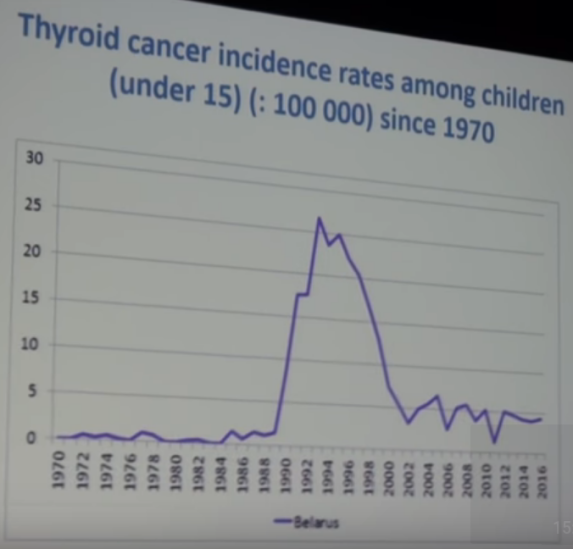 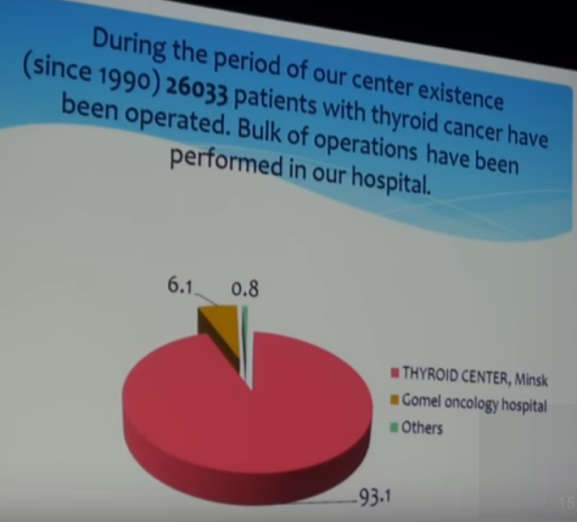 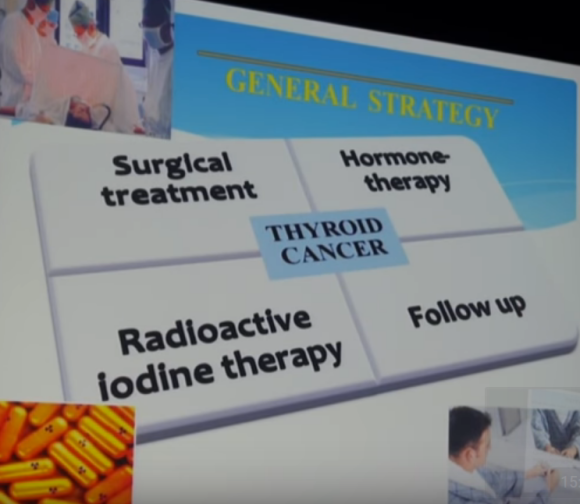 The source and attribution for this article goes to Our Planet TV in Japan. Link to video channel https://www.youtube.com/channel/UCek9hwJHFKeQ8RqcnoftPpA

For further investigation of other health and mortality effects see this presentation from an NGO from Ukraine about the high mortality of the evacuated people from near the Chernobyl nuclear plant (Pypriat) who evacuated to Kiev;

On Sunday the 27 April 2013 in a little room somewhere off Grays Inn road London, a meeting took place. In this meeting was Ms Tamara Krasitskava of the Ukrainian NGO “Zemlyaki”.

In this meeting she quoted that only 40 percent of the evacuees that moved to Kiev after the disaster are alive today! And lets leave the statistics out of it for a moment and we find out of 44,000 evacuated to Kiev only 19,000 are left alive. None made it much passed 40 years old

…..3.2 million with health effects and this includes 1 million children…

“….I was told to not talk of the results from Belarus as the UK public were not allowed to know the results we were finding!….”