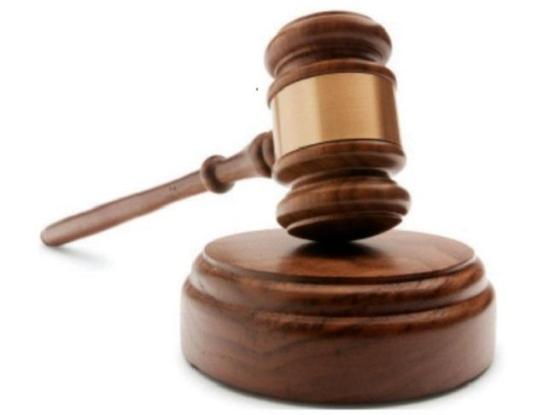 November 14, 2018
SAN DIEGO (CN) – Former Senator John Edwards and his co-counsel implored a federal judge Wednesday not to dismiss claims from U.S. service members who say they were exposed to radiation while aboard U.S. ships sent to render aid after the 2011 earthquake and tsunami in Fukushima, Japan.
“We have 500 sailors who are badly hurt and some of them are dead. We have not been able to ask them a single question under oath … at the end of the day these folks just want their day in court,” Edwards told U.S. District Judge Janis Sammartino.
But Sammartino said at the beginning of the nearly three-hour court hearing she was inclined to dimiss the claims against Tokyo Electric Power Co. – or TEPCO – and General Electric for lack of personal jurisdiction.
U.S. sailors filed a class action in the Southern District of California in 2012 claiming radiation they were exposed to following the meltdown of a nuclear power plant in Fukushima, Japan while aboard U.S. vessels on a humanitarian mission has caused cancer, brain tumors, birth defects in their children and other rare health problems. Some have even died, according to their attorneys.
If U.S. courts dismiss the two related cases – Cooper et al. v. TEPCO et al. and Bartel et al. v. Tokyo Electric Power Company Inc. et al. – the sailors could bring their claims in Japan under its Compensation for Nuclear Damage Act.
Sammartino did clarify throughout the hearing that she would not waste her or the attorneys’ time by holding a court hearing if she wasn’t going to consider their arguments.
Class attorney Charles Bonner of Sausalito, California implored the judge not to dismiss the litigation, noting that attorneys have not been able to conduct discovery in the case, and that the defendants’ motions to dismiss were “based on legal arguments,” not facts.
Bonner suggested class counsel needed to obtain contracts between GE, which designed and helped to maintain the nuclear reactors for 40 years in Fukushima, and TEPCO, which operated the plant. Bonner said the contracts likely contain a choice-of-law provision that would indicate whether the parties would agree to litigate in the U.S. or Japan.
“Our sailors have already been here five years. They need some resolution in this court,” Bonner said.
TEPCO attorney Gregory Stone of Munger Tolles & Olson in Los Angeles said the case has seen new developments in the few years since Sammartino found it should not be dismissed – a decision affirmed by the Ninth Circuit.
Those new developments include three times as many cases filed in Japan over the nuclear meltdown, which Stone said “demonstrates the Japanese interest in resolving these claims.”
TEPCO has paid 8.163 trillion yen, or $76 billion – one percent of Japan’s total GDP – to resolve claims stemming from the disaster, “a huge amount of money for a government to designate to one incident,” Stone said.
General Electric attorney Michael Schissel of Arnold & Porter in New York told Sammartino Japan’s interest would be most impaired if its laws were not applied to the litigation and that a contract between GE and TEPCO over choice of law “would be completely irrelevant to the government’s interest in having its laws apply.”
If Japanese law is applied to the case, GE would be dismissed.
Edwards again reiterated the class’ desire to begin discovery, saying what they’ve pleaded so far “is what we have read in the newspaper and saw in the news.”
Edwards suggested if the Southern District of California dismissed the cases, the sailors wouldn’t “go to Japan and hire Japanese lawyers.”
Bonner buoyed Edwards’ point, noting a declaration from Japanese lawyers who said the class would not get a fair trial in Japan, where no jury would decide the case’s merits.
“If they want to be fair, let’s have a settlement conference before your honor – the Japanese lawyers representing TEPCO are here,” Bonner said, gesturing to the lawyers in the room.
Stone recognized the recent Veteran’s Day holiday by thanking the handful of service member-plaintiffs present before noting while the “injuries they suffered are unfortunate and regrettable … we don’t think they can prove it.”
Stone also pointed out that the Department of Defense, United Nations and World Health Organization had looked into the health claims on radiation exposure and found the radiation was too low to cause the claimed injuries.
Sammartino took the matter under submission and indicated that she will issue a written ruling.