Skip to content
Date: June 27, 2019Author: dunrenard 1 Comment
The mayor of Okuma, home of the damaged nuclear power plant, has been in exile for eight years – here he writes about finally returning 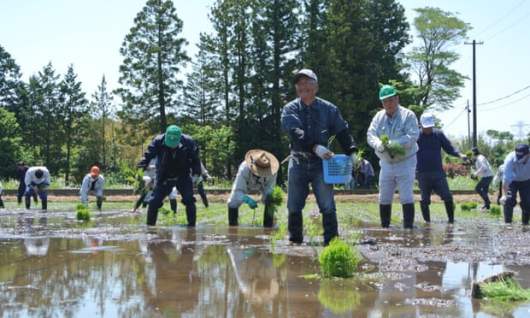 Okuma residents plant rice in an experimental field in May this year.
June 22, 2019
The residents of Okuma were among more than 150,000 people who were forced to flee their homes after the March 2011 triple meltdown at the Fukushima Daiichi nuclear power plant. As one of the wrecked plant’s two host towns, Okuma was abandoned for eight years before authorities declared that radiation levels had fallen to safe levels, allowing residents to return. Even now, 60% of Okuma remains off limits, and only a tiny fraction of the pre-disaster population of 11,500 has returned since their former neighbourhoods were given the all clear in April. A month later, Okuma’s mayor, Toshitsuna Watanabe, and his colleagues returned to work at a new town hall. In his final diary for the Guardian, Watanabe reveals he has mixed feelings about being able to return to his family home. 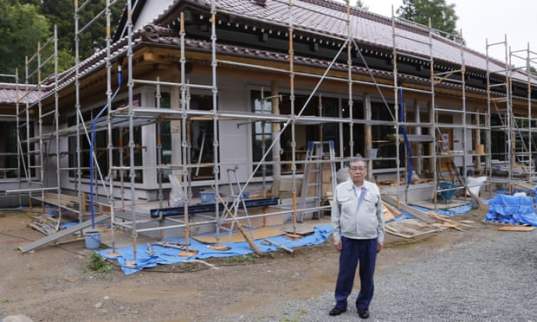 Okuma’s mayor, Toshitsuna Watanabe, stands outside his family home. He will move back soon after renovations are completed.
Toshitsuna Watanabe, mayor of Okuma
My family home is in the Ogawara neighbourhood of Okuma. The radiation levels there were deemed low enough for the government to lift the evacuation order for that part of the town in April this year, eight years after every single resident was forced to leave. My house, which stood empty for all that time, is being refurbished and I will be able to move back in August.
It’s a big old house and needs a lot of work. All of the walls and roof have to be removed as they were badly damaged in the earthquake. Other parts will have to be renovated. The workmen will also strengthen its foundations and rebuild the outer walls. It would have been cheaper and quicker to demolish the house and build a new one on the same plot of land. But I decided against that as I was determined to keep at least some of the house that my father built 60 years ago.
My father was always eager to learn. He studied new farming methods at university in Tokyo, and tried his hand at poultry farming and aquaculture, which were almost unheard of in those days. As his eldest son, I was expected to follow in his footsteps and work in agriculture. It seemed only natural to me that that’s what I would do.
I spent two years away from Okuma when I studied at an agricultural college in Sendai. My father and I had disagreements when I was young, but I eventually came round to his way of thinking about the importance of protecting our home and keeping it in the family. Now I say exactly the same thing to my son. 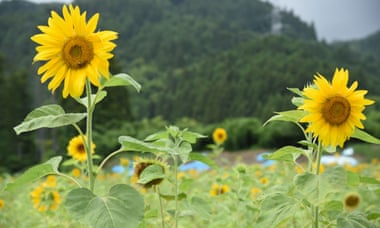 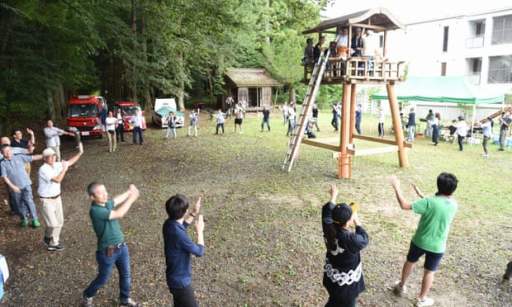 Residents of Okuma dance during the O-bon summer festival in 2018, when they were able to visit their hometown but not stay there overnight.
A conversation I had with someone I know in the town left a real impression on me. She had been told that she could, in fact, return as long as she moved to a neighbourhood where the evacuation order had been lifted. But she said: “I don’t just want to return to Okuma; I want to return and live in my old house in Okuma.”
I know exactly how she feels, and so do the other people who want to return to Okuma. When I think about people in that predicament I can’t feel completely happy about my own situation.
From now on, we will try to revive our hometown in two ways. First, every single resident, including those who may have given up on ever living in Okuma again, will be able to return whenever they like. And second, we will build a town that will attract people who have never lived here.
We have always taken great pride in the hard work everyone put into building Okuma into a great place to live. I am sure that the same sense of pride will continue to help us as we rebuild our town and make it an even better place.
I will spend the rest of my life doing everything I can to get our old town back. My seiko udoku hobby can wait if necessary.
https://www.theguardian.com/environment/2019/jun/22/fukushima-diary-part-three-restoring-crops-and-a-sense-of-pride

One thought on “Restoring crops and a sense of pride”