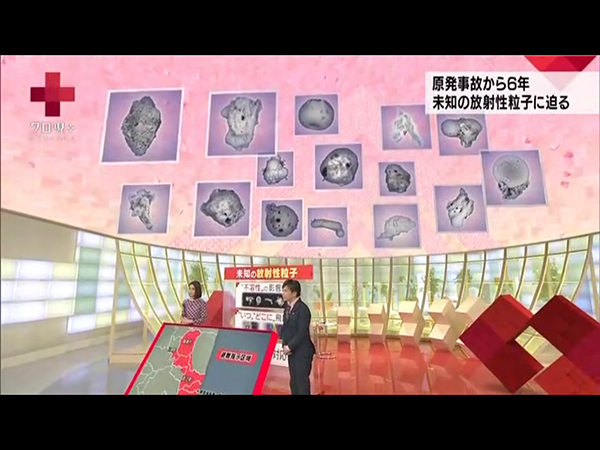 We are presenting here a transcription of an NHK TV documentary (note1) on insoluble radioactive particles found in Fukushima and in the Tokyo metropolitan region. Since it is quite heavy with images, it will be uploaded in 3 parts.

Here the video in Japanese: https://youtu.be/ipOEfS-06FM

Takeda: A round particle like a marble.
Rugged particles like asteroids.
Presently, the researchers are paying attention to them. 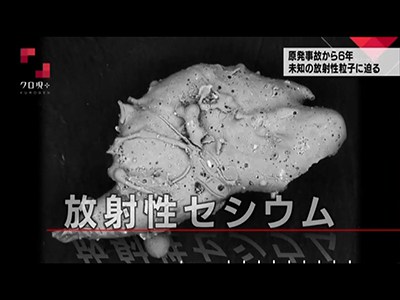 Their existence came to light recently and the investigation is ongoing.
The reason why researchers pay attention is their nature of not dissolving in water.
They are called “insoluble radioactive particles”.
Because of this characteristic, they are considered to stay in the environment for a long time. If inhaled, they may remain in the human body for a long time, but the impact is not yet fully known.
While the evacuation orders are being lifted, the researchers began to raise their voices that they should communicate the information known at this stage. 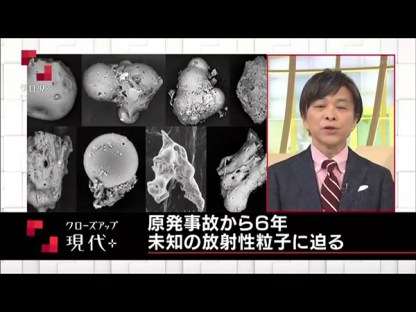 Six years since the accident.
The reality of the insoluble radioactive particles has gradually become clear.
This is the latest research report. 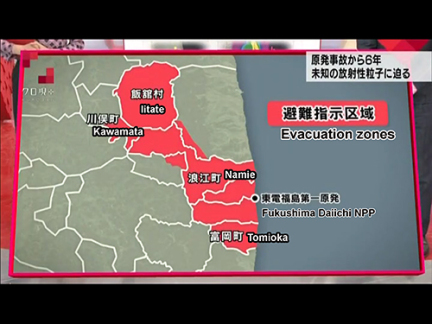 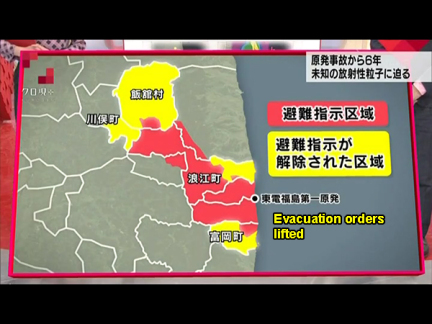 First, these are the areas where evacuation orders were issued following the Fukushima Daiichi nuclear power plant accident.
In areas where decontamination works have been completed, evacuation orders have been lifted from the end of March and the return movement of the population has begun.
It is in this context that in this year, the research presentations on insoluble radioactive particles have come out in succession.

Kamakura: Among the radioactive material released during the accident, it is radioactive cesium that is still regarded as a problem. Especially this cesium 137. Most of the radioactive materials that remain in the environment are cesium 137 because they are released in large quantities and have a long half-life of 30 years. Until now, cesium has been thought to dissolve in water and gradually become diluted in the environment. However, cesium is found in insoluble state that does not dissolve in water.

Takeda: Many aspects of the insoluble radioactive particles remain unknown, such as where they exist and in what quantity, or how they affect the health.
Today, we wanted to share the information known to us at this point, including the things that remain unclear yet, in order to provide a base to make decisions on this issue.
First of all, we shall see what the insoluble radioactive particles are.
And then, we will have a look to see in what measure the impact on health is known. 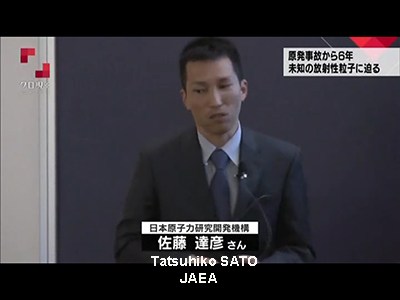 A symposium was held in March this year on the irradiation due to the nuclear accident.
Tatsuhiko Sato of the Japan Atomic Energy Agency presented a paper on the health effects of insoluble radioactive particles, which were hardly known so far. 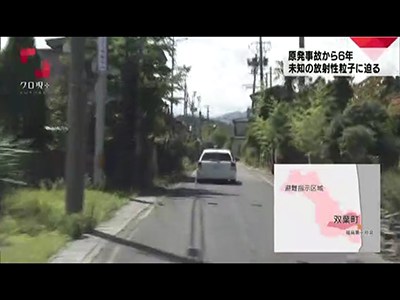 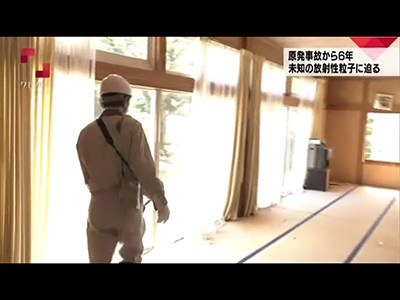 Where are insoluble radioactive particles located?
We accompanied various investigations in difficult-to-return areas.
We entered a building abandoned since immediately after the accident.
We collected dust accumulated in a room.
We took it back to the lab and analyzed it….
A number of black dots emerged. It shows that there are radioactive materials.
We carried out a further examination of the part where the black dots are located.
We came to a small particle. 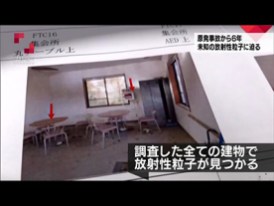 (to be continued in Part 2)